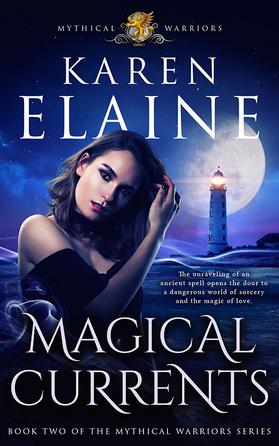 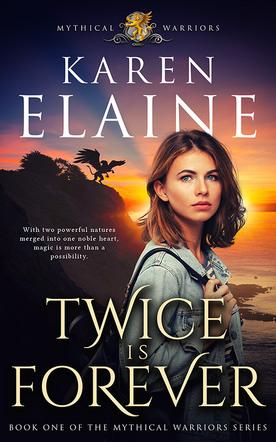 ​While hurrying home to beat a storm, Margo Aleckson is attacked by a man who becomes a bear before her eyes. She is rescued by Graeme Stone, a frequent customer to her cafe, and weregriffins Tobin and Riley Saint-James. As a former high school chemistry teacher, she struggles to find rational explanations for the wonders of this world of magic and alchemy that has suddenly been thrust upon her. The quiet man who lives in the lighthouse has turned out to be a bit more complex than she'd ever imagined.

Graeme is a powerful sorcerer who has discovered something is causing young shifters to attack and kill the potential mates essential to the continuation of the weres. The first time he'd brushed up against Margo, their essences had resonated in rare recognition. He never intended for his seduction of the enchanting brunette to begin with her being dragged into the web of dangers assaulting his world. How is he supposed to protect the stubborn woman from rogue weres and magical attacks if she insists on keeping him at arm's length?

Once Margo starts keeping company with sorcerers, shifters and mythological creatures, she has unfamiliar faces peering back at her form mirrors, unexpected marriage proposals, lightning strikes on clear days and towering waterspouts in the bathtub. She also experiences the peculiar challenges of dating a magic user. When the quiet embers between Margo and Graeme flare into sparks of desire, she discovers the passion between them burns hot enough to singe an unwary woman. But only be working together is there any chance to maintain the fragile truce between sorcerers and werebeasts, get to the source of the genetic poisoning and keep Margo and the other potentials safe.

Book One of The Mythical Warriors Series

​Escaped kidnap victim Anna Travis just wants to get back to the life she worked so hard to build for herself. But her new psychic talent and being hunted by her former captors are making that impossible. Anna knows she needs help, but she's not sure she wants to accept it from the overbearing man who swoops in to rescue her.

Sebastian Saint-James feels duty-bound to protect the woman who saved his nephew from torture. It is a natural desire given that he is descended from a long line of noble griffins that police and dispense justice to the beasts and animals of the were community.

Thwarting an enemy more dangerous than he appears will require them to compromise their controlling natures. But lowering your guard around a werebeast can be dangerous because twice is forever!